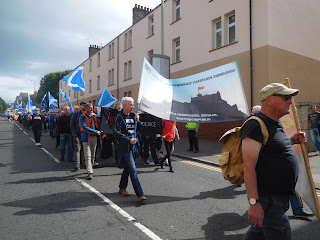 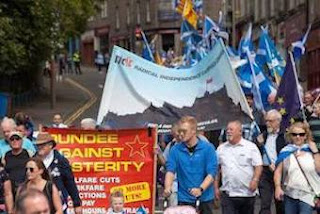 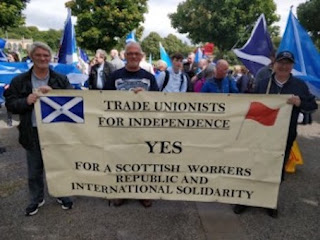 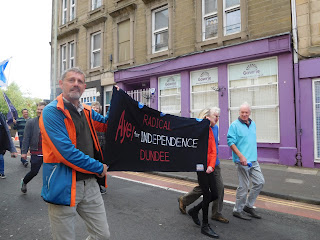 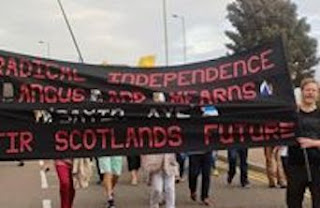 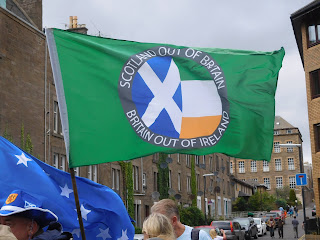 RIC-Edinburgh joined the RIC-Dundee and Dundee Against Austerity contingents on the 'All Under One Banner' march held in Dundee on 18th August. There were flags from many countries, with Catalunya featuring prominently, as well from Ireland, Wales and England. The Lothians-based Trade Unionists for Independence banner was also there.

The march of 16,000 people went from Baxter Park to Magdalene Green. The local SNP MP, Chris Law, emphasised Dundee's radical links. William Wallace had been educated in Dundee, whilst Magdalene Green had been used by Chartist and Women's Suffrage campaigners.